Did you know this? I didn’t. Tolkien was always the doodler in my mind.

Cataloguing books at Theopolis today, I snagged my eye on the subtitle of this one.

“Hitherto Unpublished Cartoons on the Occult by C. S. Lewis?”

I flipped through till I found them. 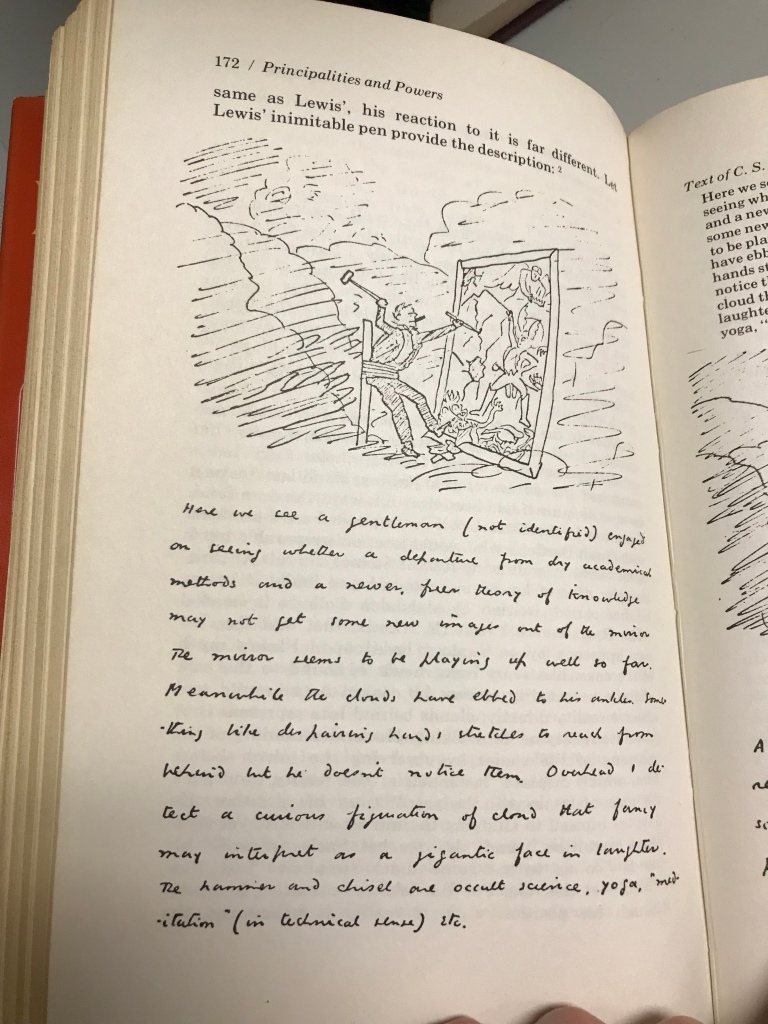 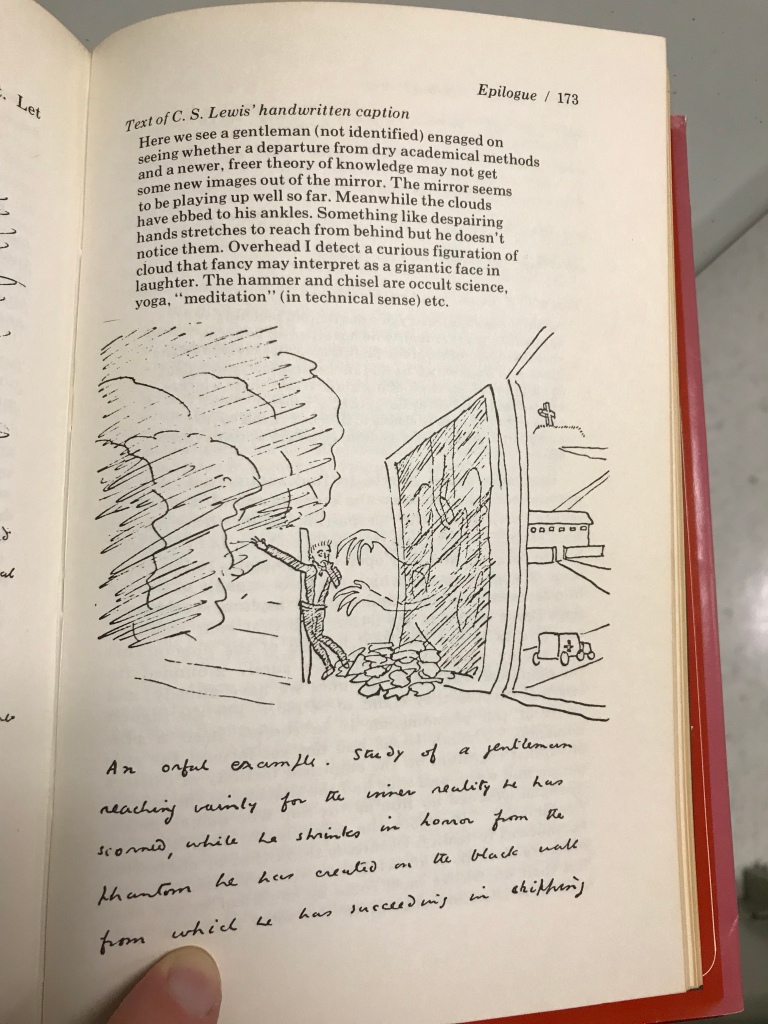 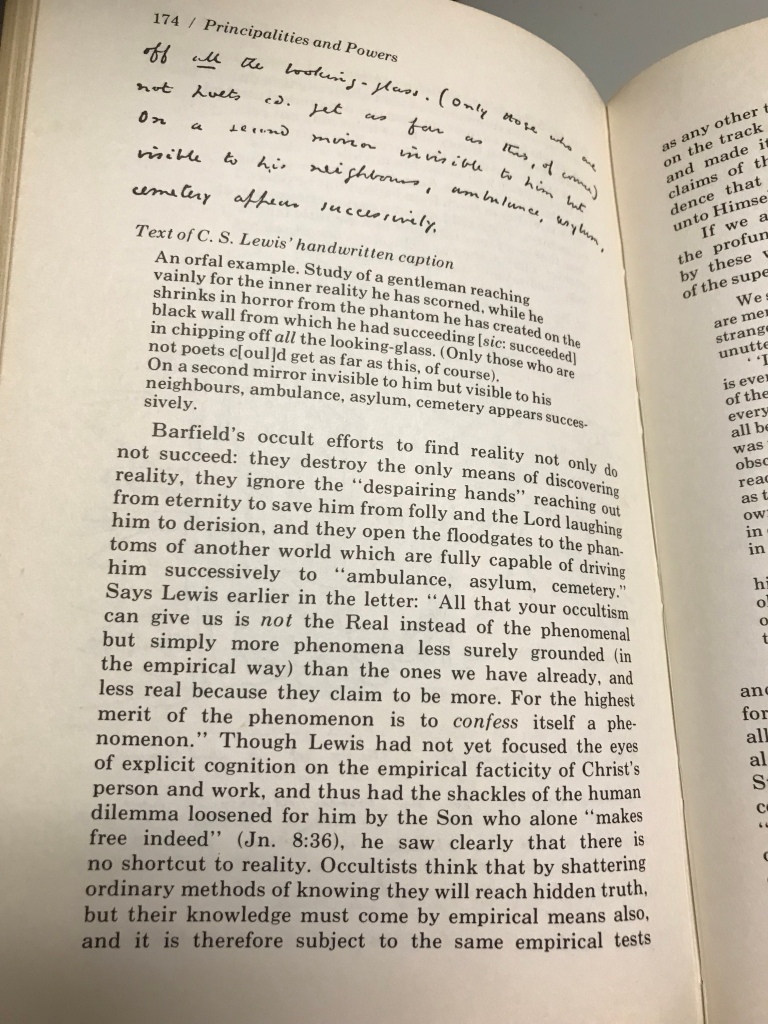 The context is a letter from Lewis to his friend Owen Barfield, who was toying with occultist ideas like anthroposophy (which I have known about for around ten minutes). Lewis is explaining to Barfield why his approach to reality is flawed – the letter is headed “The Real Issue between Us.” I’ll let the author summarize the rest. (It’s worth noting that Lewis wrote this before becoming a Christian.)

Lewis first describes his own approach by an analogy based upon Plato’s myth of the cave: like every man, Lewis is bound to the post of finite personality so that he cannot turn around and observe reality directly; clouds behind him represent that ultimate reality or True Being. His understanding of the meaning of life comes by observing the mirror before him, which displays “as much of the reality (and such disguise of it) as can be seen” from his position. He devotes himself to studying the mirror with his eyes (“explicit cognition”) and also reaches backward with his hands “so as to get some touch (implicit “taste” or “faith”) of the real.” For Barfield the occultist, however, though his position vis-à-vis reality is necessarily the same as Lewis’, his reaction to it is far different.

What I take away from Lewis’s little attempt at art, besides once again recognizing the man’s incredible gift for coming up with analogies, is his attitude toward his own drawing. In his description of the first sketch, he seems to barely recognize the details of what he drew, almost as though he’s discovering it for the first time: “something like despairing hands,” “I detect a curious figuration,” “fancy may interpret.” I wonder if this is something that undergirds Lewis’s imagination throughout his career as a writer, that sense of exploring his own creations as though they carried on a lively existence completely independent of their maker.

I am alive and have two legs. This state of affairs will hopefully continue for quite some time. View all posts by cleithart